Prostate Scotland was set up in 2006 as a registered Scottish charity to inform, support and advance on prostate disease and prostate cancer. We are led by a Trustee Board of 9 people. They are people brought together by personal experience or knowledge of prostate disease, sharing a vision of increasing awareness and priority on prostate issues in Scotland. This knowledge and personal experience remains the driving force and bedrock of the organisation. The Board of Trustees also includes a number of members who are experts in the healthcare and cancer fields in Scotland. 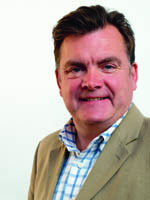 Robert is Chairman of Nelsons, the UK’s largest natural medicine manufacturer. Robert is also a Trustee of a number of important charities both in Scotland and England including the Scottish Civic Trust and Chairman of the Barcapel Foundation and of the Edinburgh Art Festival. 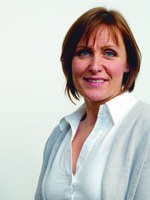 Alison has worked in the field of communications, firstly in advertising and then in television. Her connection with Prostate Scotland is the early (and probably avoidable) death of her father at just 57 from prostate cancer. He died just a few days after the birth of his first grandchild – Alison’s son Cameron. Her grandfather also died at 68 from the same disease. 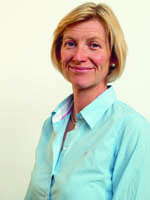 Mary is a Chartered Accountant and Chartered Tax Adviser who runs her own VAT Consultancy in Edinburgh. Her business involves advising businesses and charities of the VAT consequences of their activities and how they might minimise VAT costs. She has 3 daughters and became involved with Prostate Scotland as a result of a close family member suffering from prostate cancer. 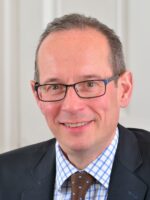 Alan is a consultant urological surgeon at the Western General Hospital, Edinburgh, where he has helped to develop the minimally invasive surgery programme in urology (including laparoscopic radical prostatectomy), after receiving additional training at the Cleveland Clinic, Ohio and the University Hospital in Leipzig, Germany. As a consultant urological surgeon with an interest in prostate disease, he has been struck by how little that many men know about their prostate gland until they develop prostatic disease. 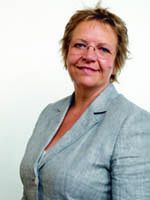 Anna is a cancer clinician who leads the development of SCAN – a managed clinical network for cancer services in Southern Scotland. From 2001-6 she lead the development and implementation of the Scottish National Strategy for Cancer Services. She has been closely involved with guideline development, quality assurance programmes and national cancer audits. Her main clinical interests have been thoracic oncology and malignancies of the nervous system, and she served both as a Board Member and Treasurer for the International Association for Study of Lung Cancer (IASLC). 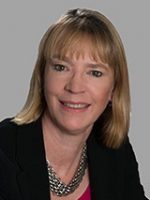 Julia works with Scottish Pension Trustees in Edinburgh as an independent pension trustee, working with a wide range of businesses across Scotland. She is a lawyer by background, was a partner in city law firm Sackers, and trained with Clifford Chance. She chaired the Education and Seminars Committee of the Association of Pension Lawyers for a number of years. She has a longstanding interest in prostate cancer and became a Trustee of Prostate Scotland in 2014. 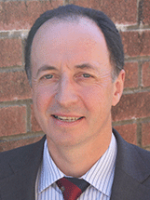 Graeme Conn is a Consultant Urologist at the Queen Elizabeth University Hospital, Glasgow and the National Spinal Injuries Unit for Scotland. He was previously Consultant Urologist at Aberdeen Royal Infirmary. He qualified in medicine in Glasgow in 1980 and trained in Urology in Birmingham, Edinburgh and Cardiff. He specialises in neuro-urology, urinary tract reconstruction and the management of post-prostatectomy incontinence. He is lead clinician for the Scottish National service for sacral nerve stimulation.

He was Chairman of the Intercollegiate Specialty Examination Board in Urology from 2003 to 2007, was a member of Council of the British Association of Urological Surgeons from 2007-2012 and a member of Council of the Royal College of Physicians and Surgeons of Glasgow from 2008 to 2015. From 2010 to 2013, he was advisor in urology to the Chief Medical Officer for Scotland. He was also a member of the National Planning Forum Subgroup on Robotic Surgery for Prostate Cancer. 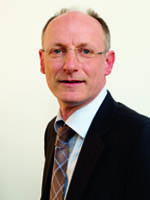 In June 2008, Prostate Scotland took on its first Director, Adam Gaines, who is responsible for the administration and operations of the charity. He has a background in both the voluntary and public sectors including having been Director of the Disability Rights Commission in Scotland as well as Director of Public Affairs for the National Council for Voluntary Organisations. 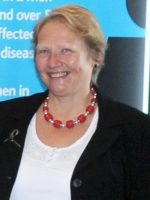 Mae joined Prostate Scotland in September 2009. Her remit is to develop literature to raise awareness of prostate disease, develop information leaflets on prostate disease, deliver presentations to community groups and in the workplace and develop Prostate Scotland’s involvement with volunteers. She has worked in the voluntary sector for the past 11 years and previously as Chief Dietitian in the health service for 10 years.

Richard Walker joined the team to lead the Charity’s fundraising activity and in particular to take forward the Blue Horizon Robot Appeal for Prostate Scotland. In addition, Richard’s role includes looking after the core funding required to run Prostate Scotland – this includes raising the funding to make sure that we can increase the public’s awareness of prostate disease through our literature, the website and the workplace initiative materials. Richard’s background is in fundraising consultancy, appeal management and managing teams of fundraisers throughout the UK. He has been employed in the charitable sector for the last 35 years in one or other of these areas.

Morag joined Prostate Scotland in March 2017.  Morag has worked in sales and marketing in the gift, jewellery and wine industries, and along the way gained experience of the charitable sector. She has collaborated on fundraising projects with The Princes Trust Scotland, and for five years was involved in The NSPCC and Childline Scotland Edinburgh Fine Wine Challenge. Her favourite fundraising experience was in aid of The Drake Music Project, where she undertook The Salsa Challenge, culminating in two weeks in Cuba, rehearsing and performing with the country’s top two dance companies.