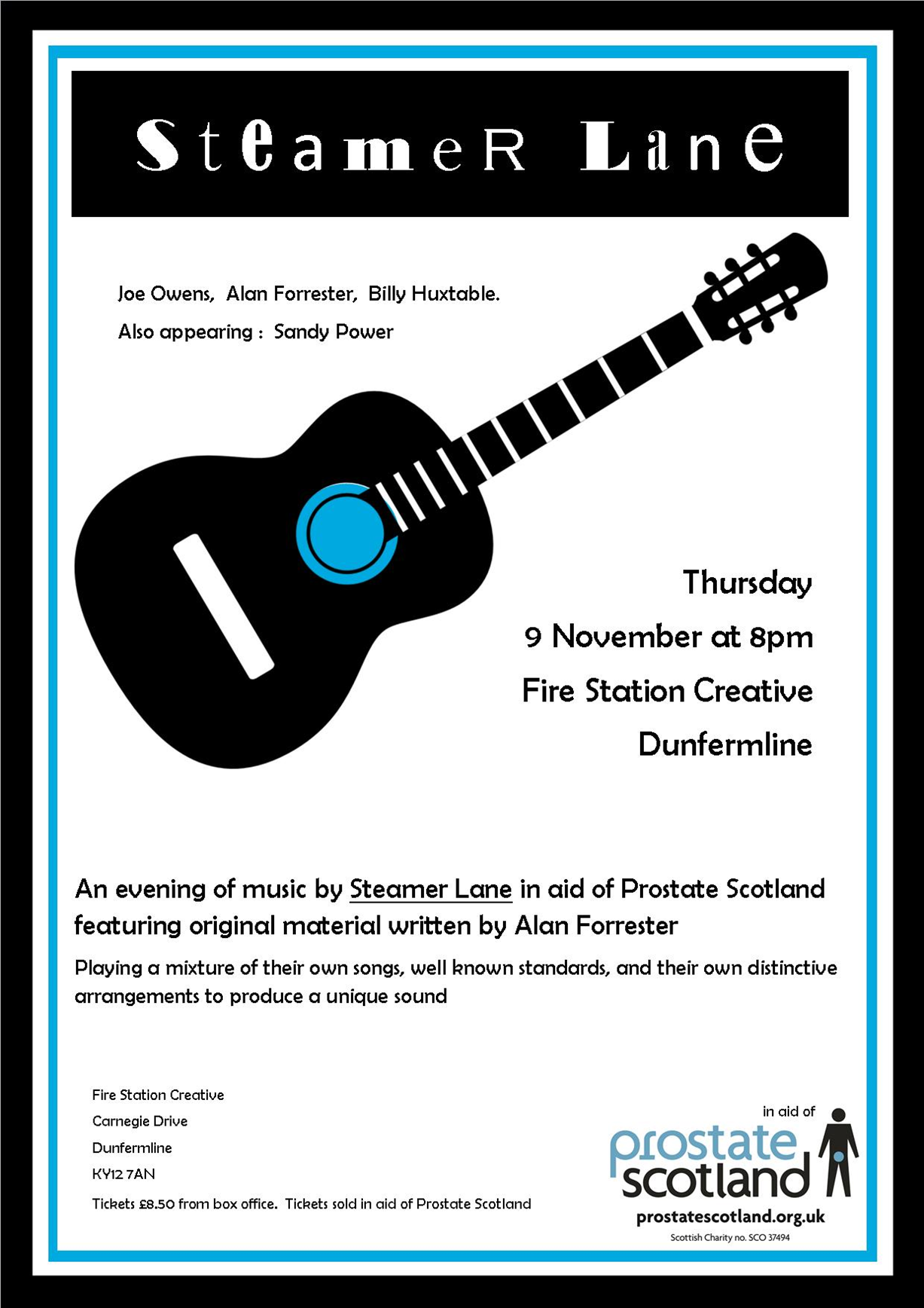 Steamer Lane’s fundraising concert on Thursday 9 November has been organised by member and accomplished local musician Alan Forrester, in aid of Prostate Scotland. Alan was motivated to organise the concert as a tribute to a former school friend who died of prostate cancer, and also to highlight the need for early detection from which other friends have benefited.

Steamer Lane are a three-piece semi-acoustic harmony band based around Fife, whose members are Alan Forrester, Joe Owens and Billy Huxtable. They share a common passion for great music with excellent harmonies. From dance music to plaintive ballads with a jazz twist, the band has a diverse repertoire and the experience to adapt their music to the audience. The band will play a mixture of their own songs, well known standards, and their own distinctive arrangements.   Kirkcaldy based singer-songwriter Sandy Powers will perform two sets.

This concert will feature original material written by Alan who has appeared on BBC TV; has sung live on STV; has sung internationally and is a frequent radio contributor whose most recent radio appearance on Radio West Fife’s fifth anniversary can be found here: https://www.facebook.com/steamerlaneband

The unique Fire Station Creative in Dunfermline is the venue for this very special performance on Thursday 9 November at 8pm.

Adam Gaines, Director of Prostate Scotland said: “We are extremely grateful to Steamer Lane for their wonderful idea of holding special fundraising concert to raise much needed awareness about prostate cancer and raise money to support our work to tackle prostate cancer and disease.

“Their support will be a wonderful help to us in our work to enable many more men and their families across Scotland to have access to information about the most common cancer in men in Scotland, and to also further support our work to help encourage early diagnosis, as early diagnosis can often lead to more successful treatment and cure.”