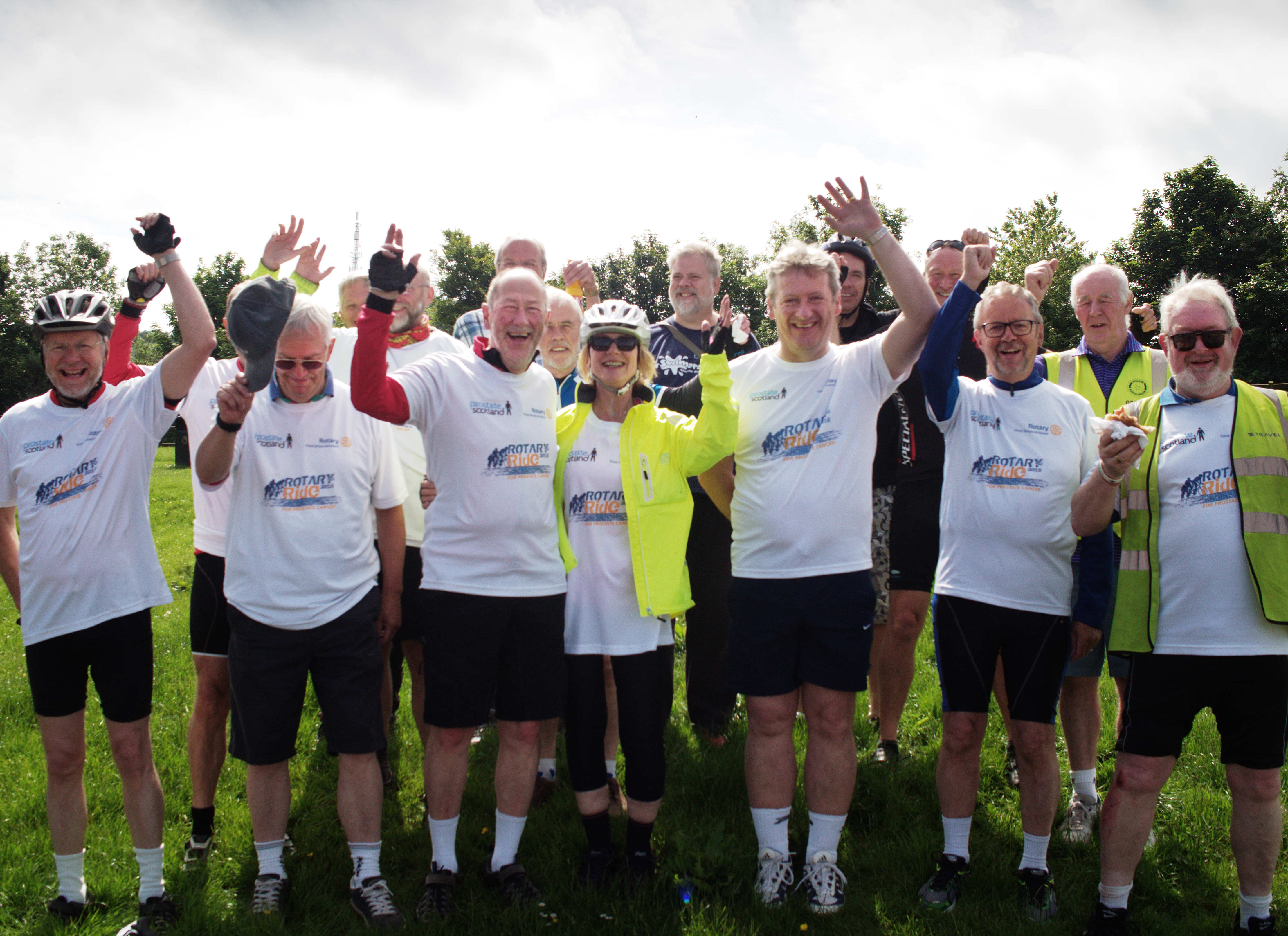 The Rotary Ride 2018 for Prostate Cancer is gearing up for Father’s Day weekend, 16th and 17th June 2018, when hundreds of cyclists will pedal to raise funds to aid awareness, research and treatment into the disease.

“Rotarians across Scotland are making a brilliant contribution to the fight against prostate cancer”, says Adam Gaines, director of Prostate Scotland. “Their Father’s Day events on Sunday 17 June, in the weeks before and after, are an important part of our national effort to raise awareness of prostate issues”.

The month-long initiative that will see Rotarians from Stornaway to Stranraer pedalling their bicycles to raise awareness of prostate cancer and in support of Prostate Scotland. There will be other static bike challenges, point-to-point rides and fun rides all aimed at drawing fresh attention to a condition that leads to over 3,000 men being diagnosed and kills more than 800 men a year in Scotland.

Nearly every Rotary Club in Scotland is likely to have had members affected or lost members or loved ones to prostate cancer. The earlier that prostate cancer is diagnosed the better the likely chances of successful treatment. If men have symptoms they should visit their doctor.

Earlier diagnosis and greater treatment developments have dramatically improved survival rates.  Greater awareness of the condition is required so that more men seek guidance at the first sign of prostate issues.

Keith Hopkins is organising the Kirriemuir event, and is also the National Co-ordinator of the whole Rotary Ride initiative on behalf of Rotary International (Great Britain and Ireland). He says:  “There can’t be a Rotary Club in Scotland where members don’t know someone who has been affected by prostate issues – that is probably why the response has been so strong, with cycling events the length and breadth of the country. Rotarians are well-used to shaking buckets to collect funds for Prostate Scotland. But even more important is raising awareness of how deadly prostate issues can be, but how simple they can be to treat if caught in time. The more people who come along the better.”

Adam Gaines, director of Prostate Scotland continued: “This the third year that Rotary Clubs have taken to their bicycles to spread the word about prostate cancer. Funds raised by Rotarians have already helped to towards funding specialist advanced surgical equipment for prostate cancer . This year is an opportunity to reach an even wider audience with the message that prostate cancer awareness can be a life-saver – the earlier you seek diagnosis and treatment, the greater are likely to be your chances of surviving.”.

To assist Rotary clubs in developing rides an information and fundraising pack has been developed jointly by Prostate Scotland and Scottish Rotary Districts. It can be downloaded here https://tinyurl.com/y8acjkc2.