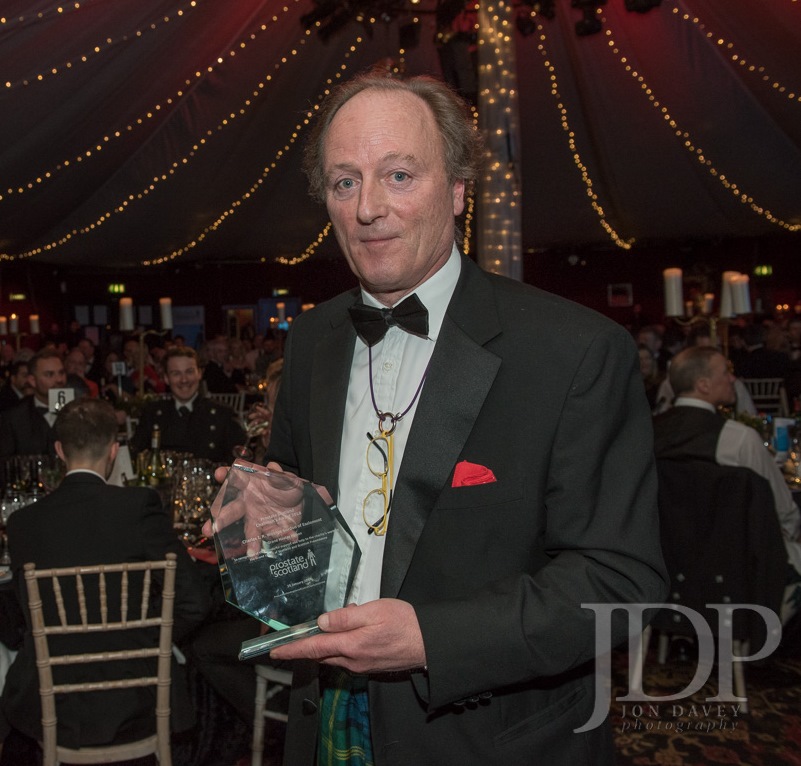 The charity‘s Trustee Board recently decided to inaugurate a special annual Prostate Scotland award to celebrate and recognise the immense contribution and effort by supporters and friends of the charity and its work. The Award was made this year in recognition of the outstanding support that the Grand Lodge of Scotland and Scottish Freemasons have given to Prostate Scotland.

Announcing the award Prostate Scotland Chairman Robert Wilson said: ‘I am delighted to announce that the first and very worthy recipient of this award is Charles Iain Wolrige Gordon of Esslemont, Grand Master Mason of Scotland. Six years ago Charles Iain Wolridge nominated Prostate Scotland to be the Grand Lodge of Scotland’s nominated charity. This has led to the most extraordinary support for the charity’s work – an astonishing level of awareness activities and fundraising initiatives have been undertaken by members of lodges the length and breadth of Scotland.  It is therefore with real pride, delight and gratitude to be able to present this award to you, and with our sincere thanks for all that you and your members in the Scottish Freemasons have done to support the charity and the cause of tackling prostate disease.’