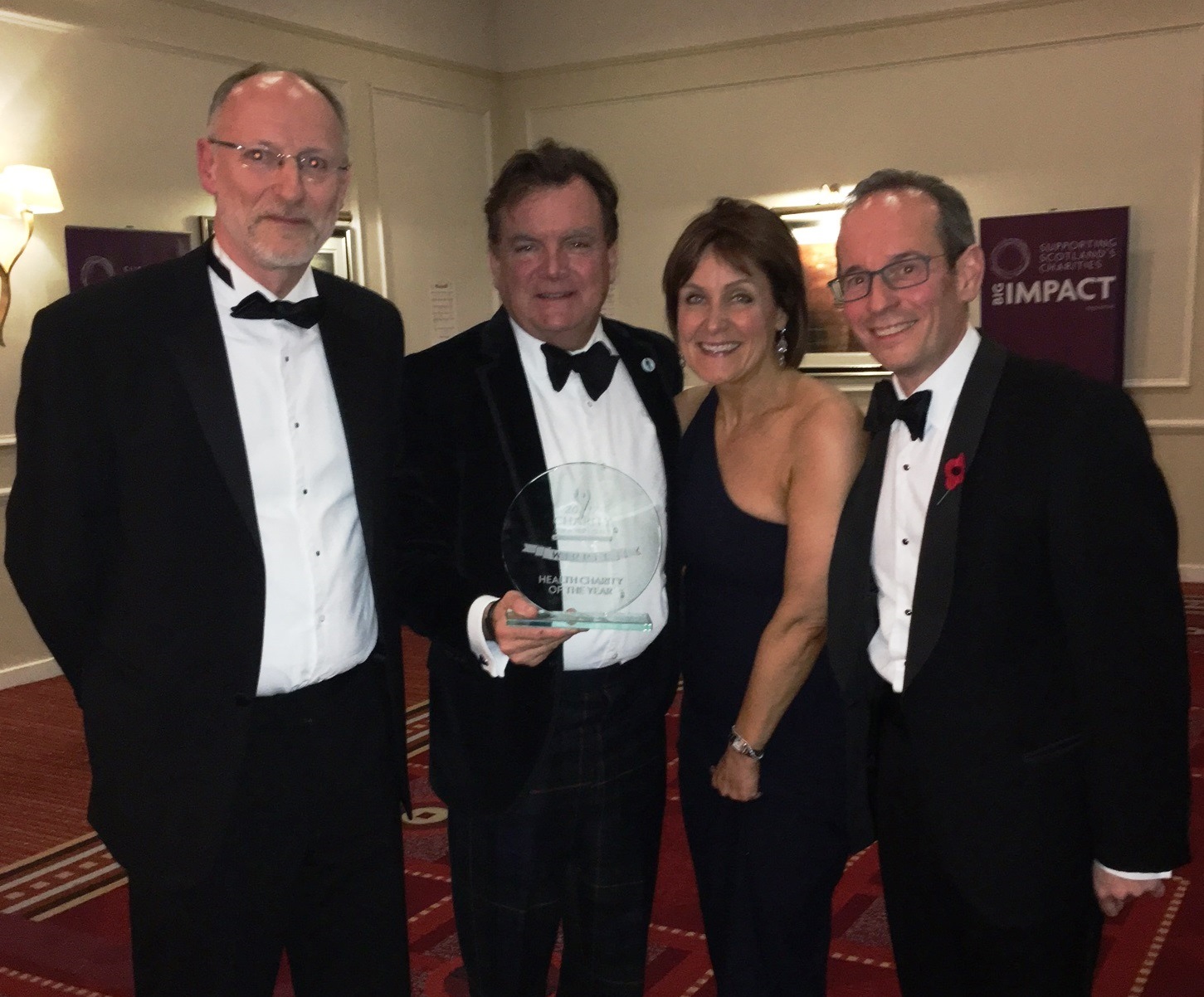 Prostate Scotland was awarded Health Charity of the Year at the Charity Champions Awards in Glasgow held at the Marriot Hotel in Glasgow on 2 November 2017. The Charity Champions Awards are organised by the Big Impact Charity and sponsored amongst others by OSCR the Scottish Charity regulator, RBS, Martin Aitken and BTA Associates. The awards recognise and celebrate the work being done by charities and individuals in Scotland’s third sector.

Robert Wilson Chairman of Prostate Scotland said: “We are very proud, delighted and humbled to have been awarded Heath Charity of the year in the Charity Champions Awards. This award is a huge boost to us in our efforts to reach out to raise awareness of and improve provision and support for men with prostate cancer and disease in Scotland.  Prostate cancer is such an important issue affecting men in Scotland- with one in ten men at risk of it and with nearly one in two men likely to get prostate disease at some stage in their life.

I would like to thank all those who so kindly nominated us, my fellow trustees, the staff team and our wonderful supporters who have done so much to help the work of the charity. I dedicate this award to all the men across Scotland with prostate cancer and disease and their families who we are working to support”.