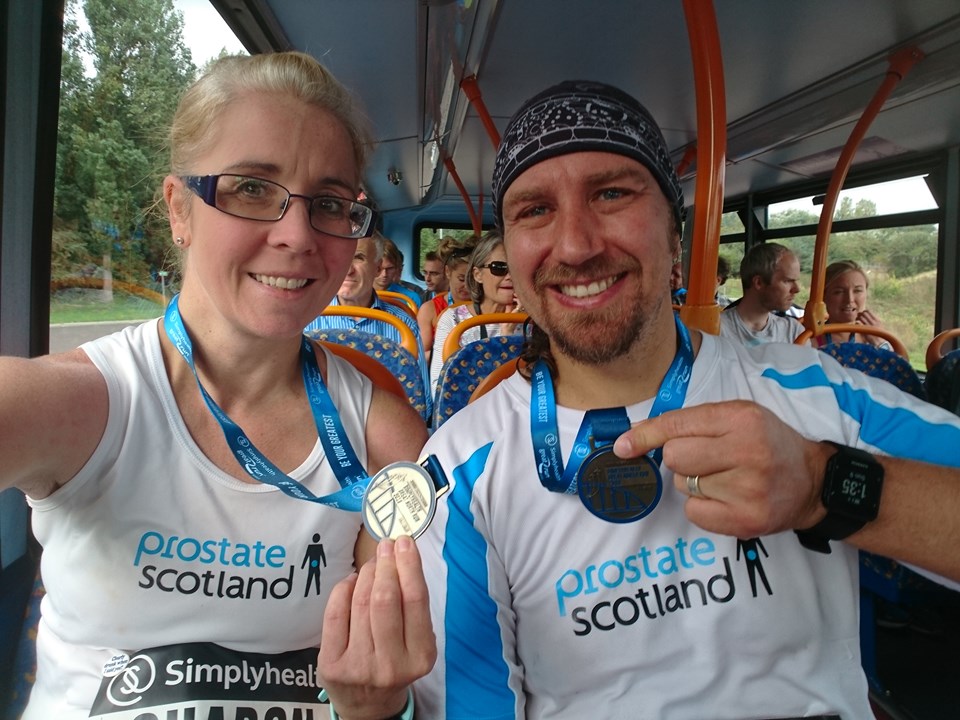 On Sunday our fantastic supporters Sharon and Iain Schreuder completed the Great North Run – the world’s biggest and most popular Half Marathon. Sharon and Iain have been training and competing in several running events in aid of Prostate Scotland for several months this year.  They began their challenge with the Edinburgh Kilomathon at the beginning of April, and Sharon went on to run in the London Marathon later that month on a very hot weekend.  Since then they’ve both completed marathons in Stirling, Edinburgh, Fort William and the Mhor Marathon from Callander to Balqhuidar of which Sharon said “by far our hardest run yet! The total elevation for the run was 2771ft so definitely not for the faint hearted.”

They have both done a wonderful job of raising awareness and fundraising in aid of our cause, not only by running in their Prostate Scotland shirts but also by giving us an insight into their challenge through their brilliant updates on their fundraising page at justgiving.com/fundraising/sharon-schreuder1

We wish them all the best for their next race on 23rd September – the Loch Ness Marathon.  We are very appreciative of the time they have taken to train and participate in such an ambitious challenge, as well as in raising over £1,700. Thanks Sharon and Iain for all your hard work!