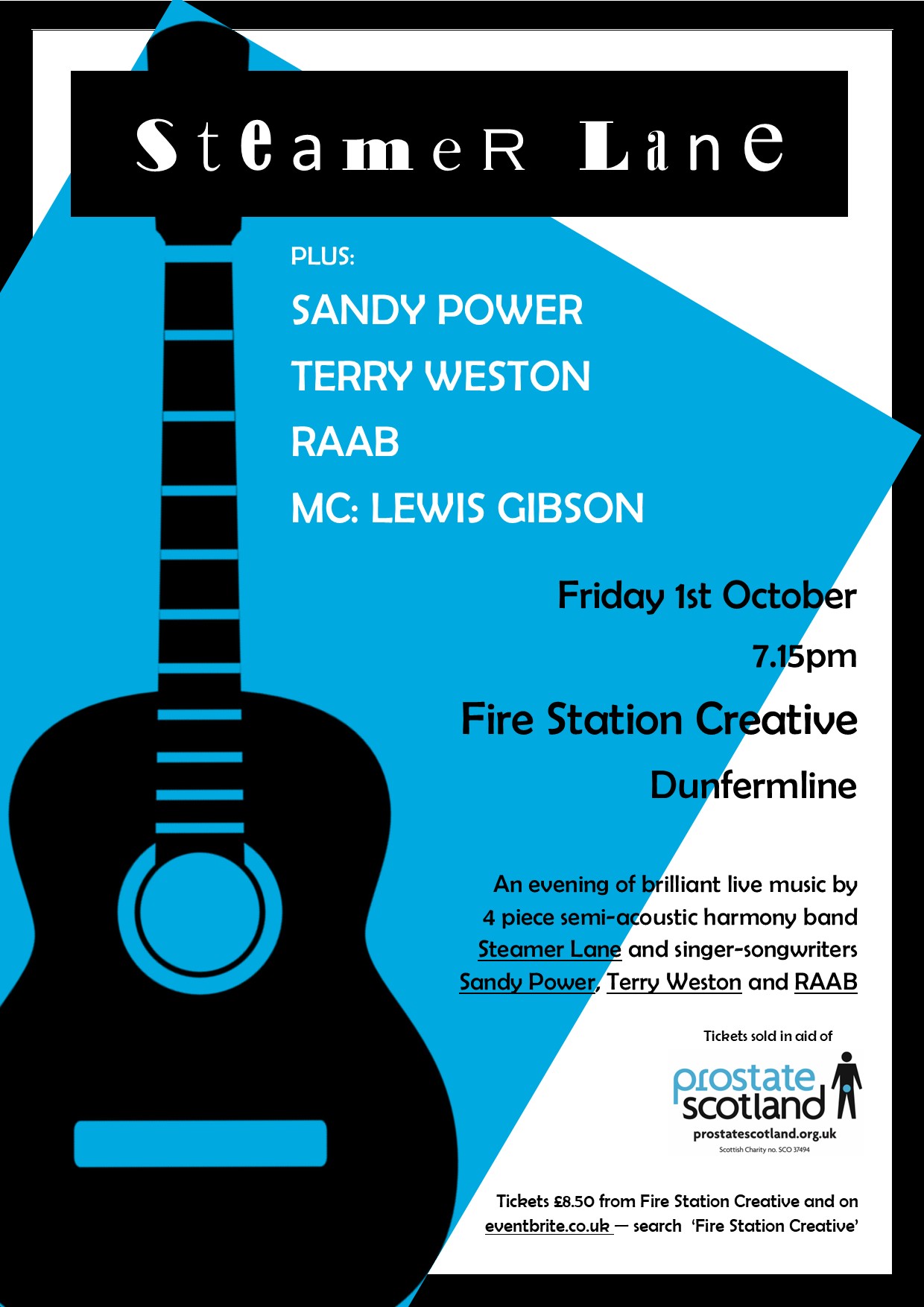 We’re thrilled to have their continued support for this very special live music night in memory of Bob Moir, one of the founding directors of the popular community venue.  We’re delighted too, that Lewis Gibson will be joining as MC.

Steamer Lane are a fantastic four piece acoustic band based around Fife, and the concert will feature their original material and well known standards.  Accomplished local singer-songwriters Sandy Power, Terry Weston and RAAB will each play sets.  This special event will be held at the atmospheric Fire Station Creative, where tickets are on sale.

A big thank you to Alan, Billy, Joe, Sandy, Terry, Robyn, Lewis and Fire Station Creative for your generous support of our work.

Tickets are priced at £8.50 and sold in aid of Prostate Scotland, at Fire Station Creative and eventbrite.co.uk