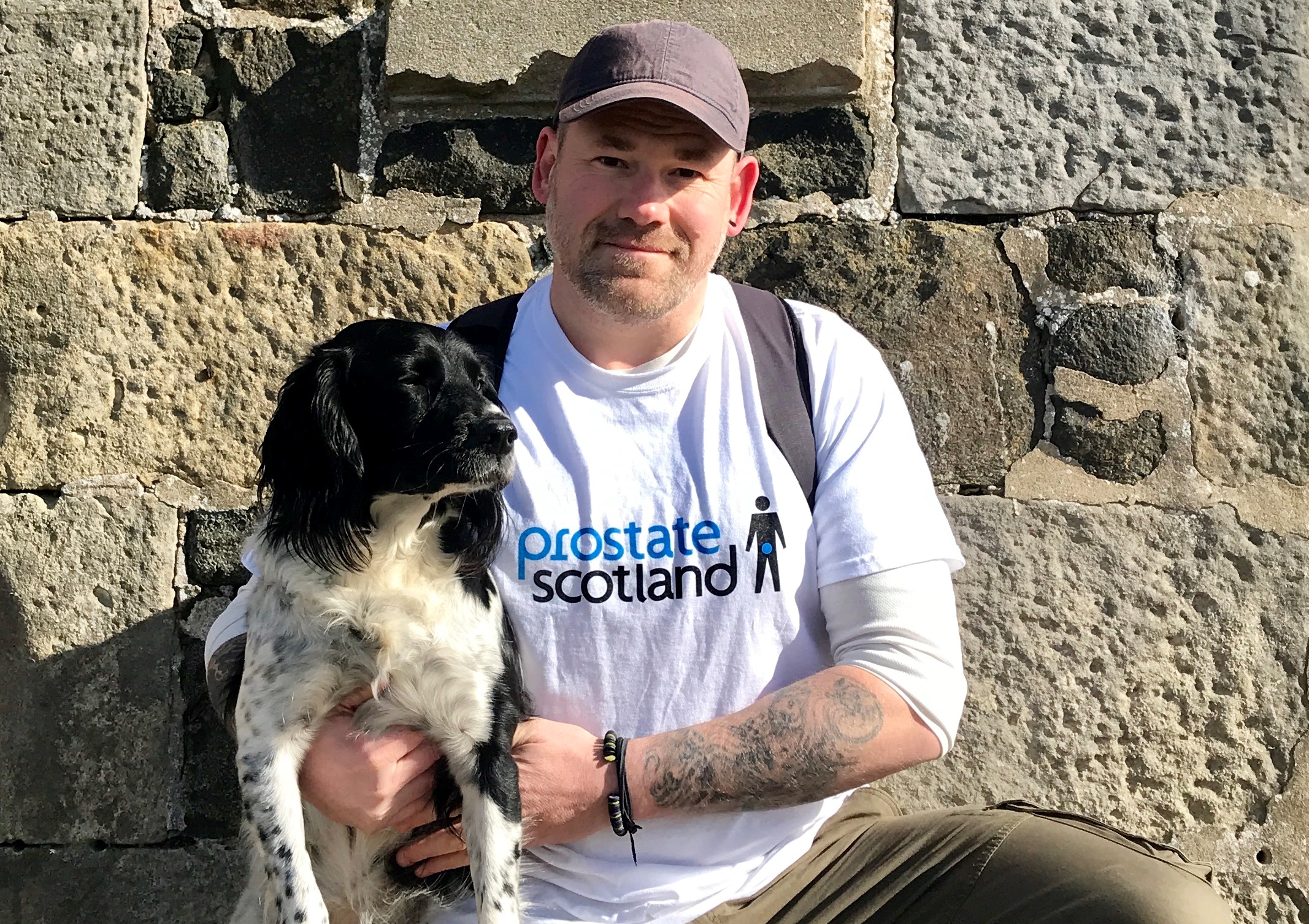 Walking 500 miles of the ancient major Christian pilgrimage route ‘The Camino de Santiago’ is the charity challenge in aid of Prostate Scotland that Lewis Davies will embark on this weekend.   Setting off from St Jean Pied de Port in Southern France, Lewis will hike 500 miles over the Pyrenees into Spain, to the city of Santiago de Compostela.  In order to successfully complete the challenge, Lewis is required to have his pilgrim passport stamped at certain points along the way.  He will be joining some of the 100,000 pilgrims from over 100 different countries who walk, horse-ride or cycle their way to Santiago each year.

Lewis, who lives in Leven in Fife, was inspired to take on the challenge after reading Bill Bryson’s ‘A Walk in the Woods’ and seeing the film ‘The Way,’ about the Camino. Having completed the West Highland Way in 2012 to raise money for CHAS, he was keen to try a bigger challenge.  He has stepped up his training from playing rugby for Glenrothes and walking his spaniel every day, to walking round Loch Leven with a 40kg pack to get used to the weight.

Said Lewis “I felt if I was doing such a large once in a lifetime challenge, that I would try and help a charity which resonated with me.   As much as the journey will be a personal one for me, perhaps even spiritual and definitely a physical challenge unlike anything I’ve ever done before, it gives me more motivation to be able to do it for Prostate Scotland as well.   I’m just very proud to represent the charity on my Camino and raise awareness with all the people I will meet from all over the world.”

Adam Gaines, Director of Prostate Scotland said: “We are extremely grateful to Lewis for his wonderful initiative of undertaking the ‘Camino de Santiago’ to raise much needed awareness about prostate cancer and raise money to support our work to tackle prostate cancer and disease.

“His support will be a wonderful help to us in our work to enable many more men and their families across Scotland to have access to information about the most common cancer in men in Scotland, and to also further support our work to help encourage early diagnosis, as early diagnosis can often lead to more successful treatment and cure.”

With generous support from family and friends, and having already raised over £600, Lewis will set off this weekend and aims to arrive in Santiago de Compostela to complete his pilgrimage on 2 October.  To read more about his challenge, his fundraising page can be found at justgiving.com/fundraising/lewis-kd and his blog can be found at facebook.com/lewiskdcamino

Prostate Scotland was set up in 2006 as a Scottish charity to develop awareness of prostate disease, to support men and their families/ partners with the disease through providing advice and information and to advance treatment and research into prostate disease.

Its aim is to reach out across Scotland to create greater awareness amongst men and their families/partners about prostate disease and to advance treatment.

In 2010 the charity won a national award for its impact on community health and in 2013 and 2015 was commended in the British Medical Association Patient information Awards.  In 2017, the Prostate Scotland website was rated as being one of the top 50 best prostate cancer websites in the world out of several thousand by independent website reviewer Feedspot.   Prostate Scotland was awarded Health Charity of the Year in November 2017 in the Charity Champions Awards 2017. Prostate Scotland is a registered Scottish charity No.SC037494

Prostate cancer is the most common cancer amongst men in Scotland, with a lifetime chance of one in ten men developing it.

There were over 33,258 new registrations of men with prostate cancer between 2005 and 2015 and 9,316 deaths of men in Scotland from prostate cancer during that period. (i)

Over the past 20 years the number of men surviving prostate cancer has doubled and survival rates are now 80%.  Projections by the NHS show that the diagnosis of men with prostate cancer is likely to rise by up to 35% between now and 2027.