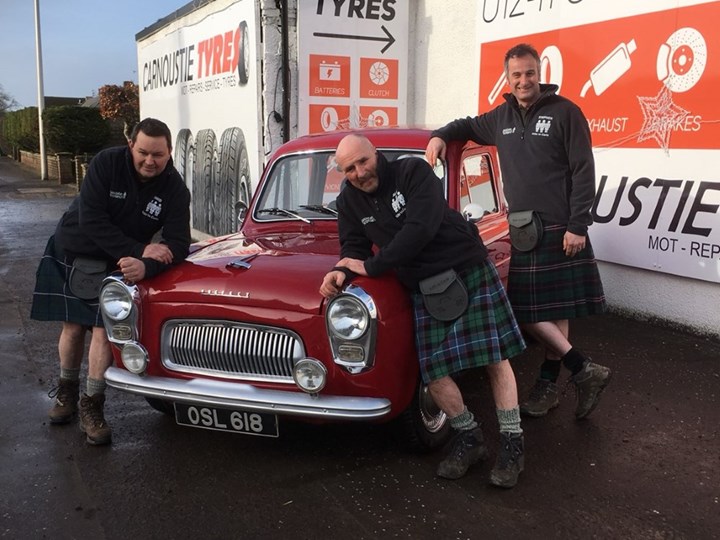 Well done to David, Alan and Stephen, the ‘Kilts to Carlo’ Rally Team who arrived in Monte Carlo on Sunday in their stunningly restored and trusty 1956 Ford Prefect.

‘Kilts to Carlo’ set off from Paisley Abbey last Wednesday evening as participants in the Rallye Monte Carlo Classique, an official Automobile de Monaco event which takes place entirely on open public roads.  The team are raising awareness and fundraising in aid of Prostate Scotland, and have so far raised over £1,100.

Said David on Sunday, “thank you so much for your donations. The boys have arrived in Monte Carlo tonight and the car made it all the way only running out of petrol once. Today is World Cancer Day and they are doing their bit for Prostate Scotland for everyone cancer effects. Well done boys.”

Thanks again to David, Alan and Stephen for their great initiative.  More on the ‘Kilts to Carlo’ Team is at https://www.justgiving.com/fundraising/david-tindal