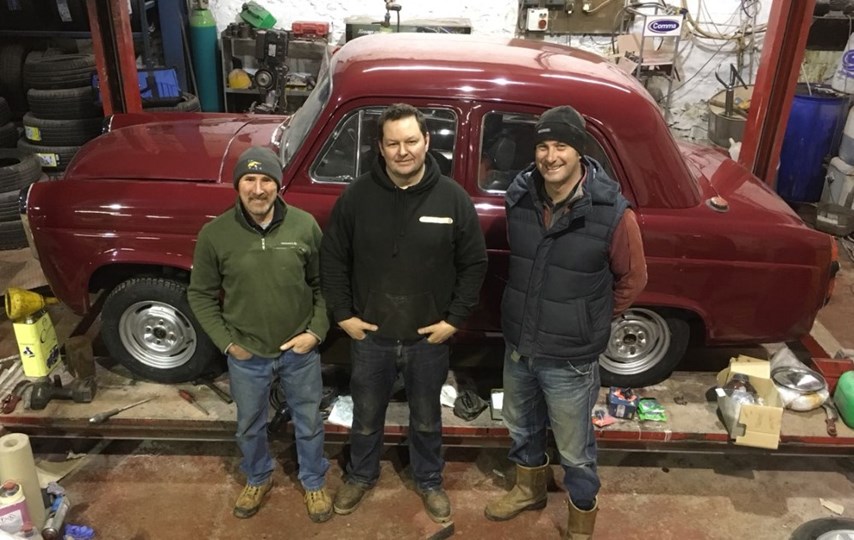 This week the ‘Kilts to Carlo’ Rally Team: David Tindal, Alan Falconer and Stephen Woods set off from Paisley in Monte Carlo Rallye. The team are fundraising in aid of Prostate Scotland.  Driving in a 1956 maroon Ford Prefect which they have beautifully restored, they are  participating e in the Rallye Monte Carlo Classique, an official Automobile de Monaco event which takes place entirely on open public roads.

Their route will take them several days to drive, from the starting point at Paisley Abbey to the finishing point in Monte Carlo.  Said David “while doing this rally we hope to raise some awareness of prostate cancer to those along the way. As it’s mainly men in the rally and how cancer seems to unfortunately touch too many of our lives we thought what better way for us to support those in need and ourselves by knowing vital information and keeping risk free if possible.”

We’d like to wish the team ‘Bon Voyage’ for their trip, and extend our heartfelt thanks for their initiative in raising awareness and fundraising in aid of Prostate Scotland while undertaking the rally.

More on the ‘Kilts to Carlo’ Team is at https://www.justgiving.com/fundraising/david-tindal