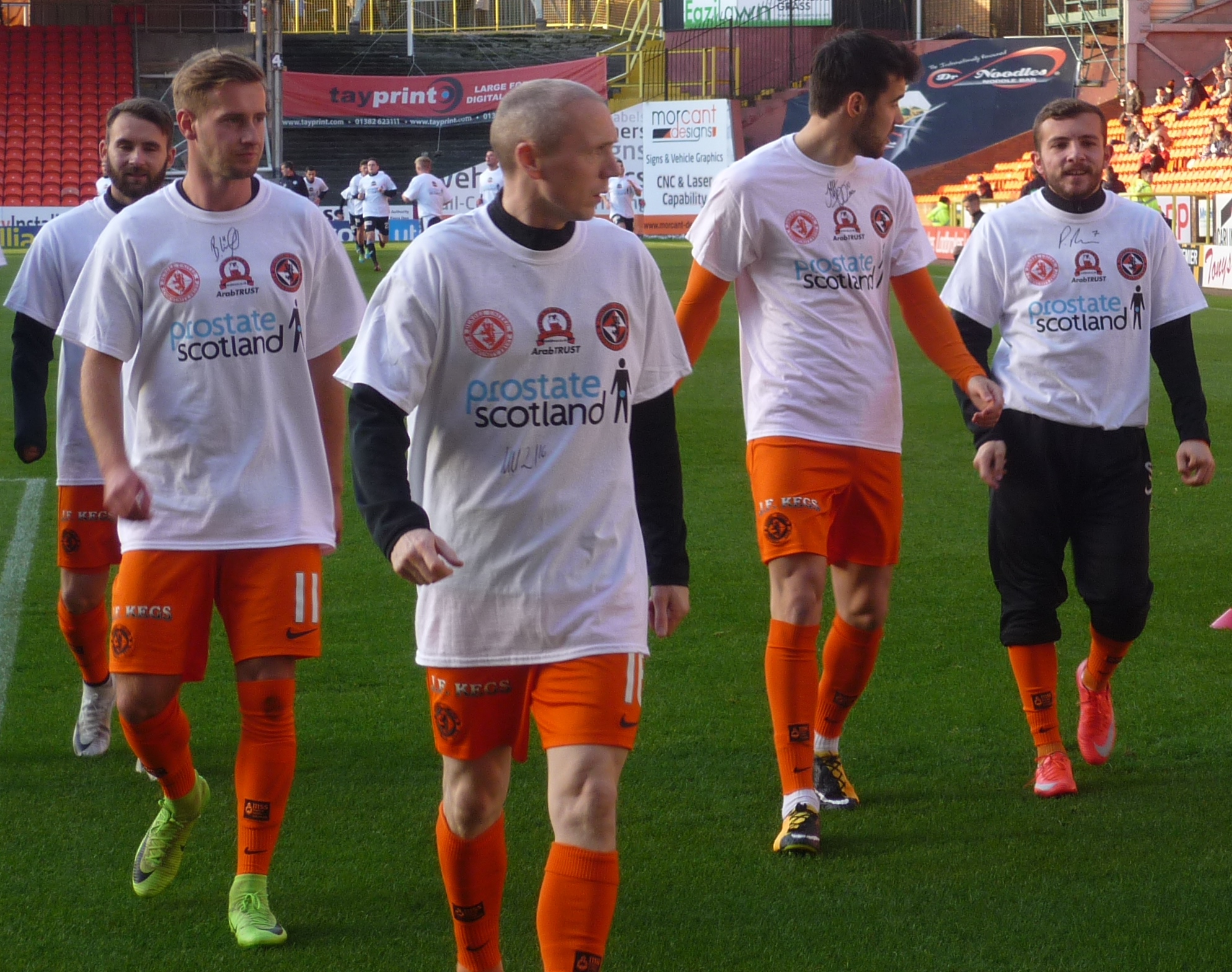 Prostate Scotland was delighted to be welcomed by Dundee United Football Club to Tannadice Park on Saturday for a Prostate Awareness Day on Saturday during their match against St Mirren, one of their biggest of the season.

Both Dundee United and St Mirren teams completed their warm-up in bespoke Prostate Scotland t-shirts, which were signed by each player.  Our discreet ‘Brief Guides to Prostate Disease’ were distributed to men and their families inside the stands, and posters were put up throughout the grounds, including inside the male and female toilets. Two prostate awareness stations were set up in the stands where supporters could take the opportunity pre-match and at half time to speak to Prostate Scotland and people experienced in this field, and also complete a symptoms self check.  Dundee United also published their own article and generously provided space for a Prostate Scotland advert in the match programme.

ArabTRUST Chairman Gavin Muir said: “ArabTRUST are delighted to work with Prostate Scotland, DUCT (Dundee United Community Trust) and the Club to raise awareness of prostate disease. Prostate cancer is the most common cancer in men in Scotland affecting approximately 10% of the male population and it is therefore important to raise awareness of both the symptoms and the support available to those diagnosed with prostate disease as widely as possible.”

Community Trust Chairman David Dorward added: “DUCT is proud to work together with the Club and other partners on this important issue. Tannadice brings together thousands of men on a matchday and as such is the ideal place for raising awareness.”

Dundee United Chairman Stephen Thompson said: “I am proud that the Club is hosting this event today. The Thompson family has been directly affected by prostate cancer. My mother and I hope that by raising awareness about the disease and offering the symptoms self checks, we can prevent others from the suffering my father and we as a family have gone through.”

Prostate Scotland would like to thank sincerely the Directors, players, staff and fans of Dundee United; the ArabTRUST and DUCT for their enthusiasm and support.  We would also like to thank the ArabTRUST, who  kindly agreed to sponsor the United t-shirts, as well as the St Mirren Independent Supporters’ Association (SMISA) who funded the t-shirts the visiting players warmed up in.